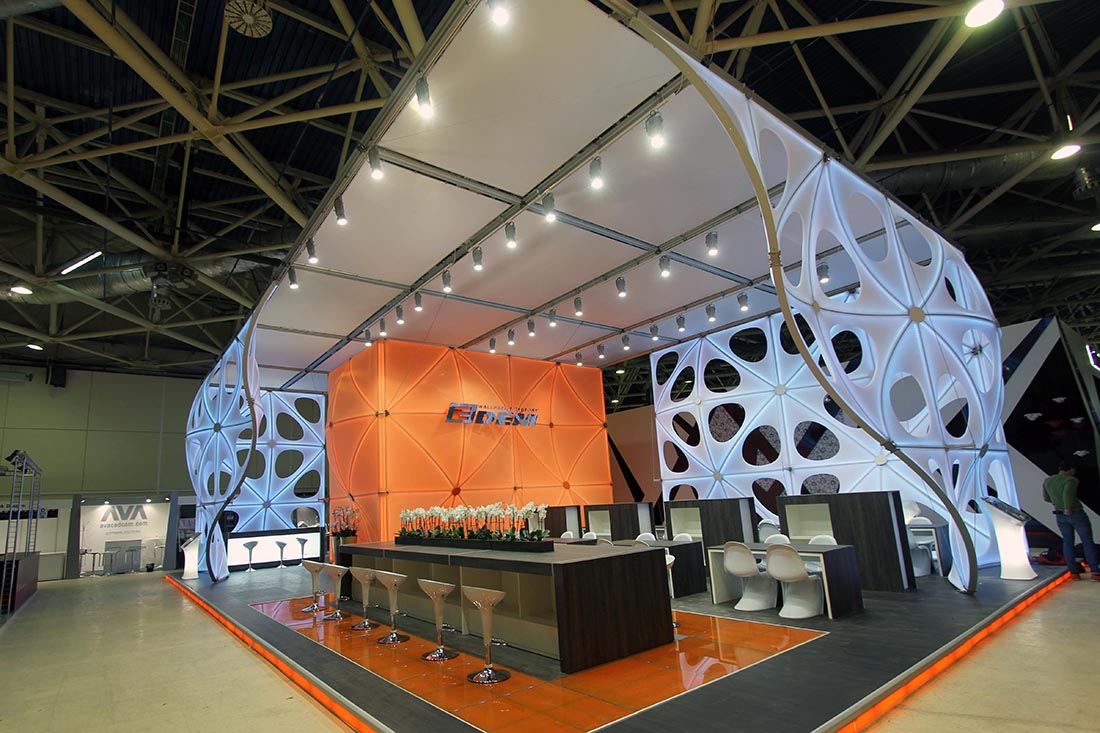 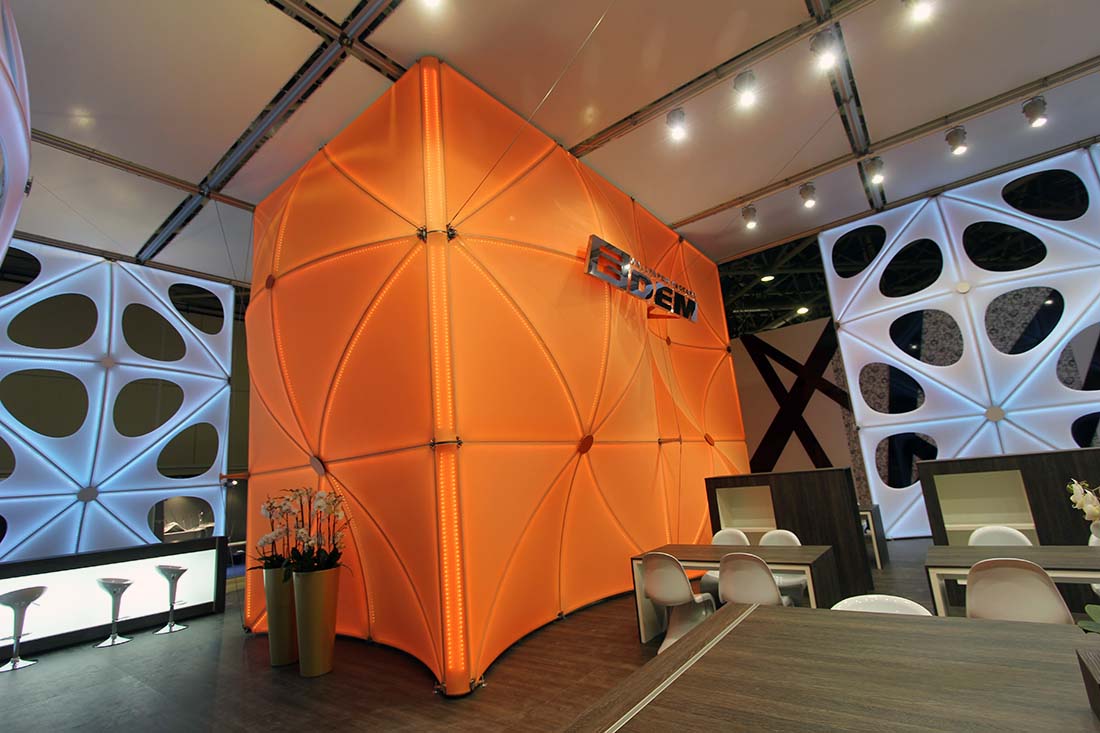 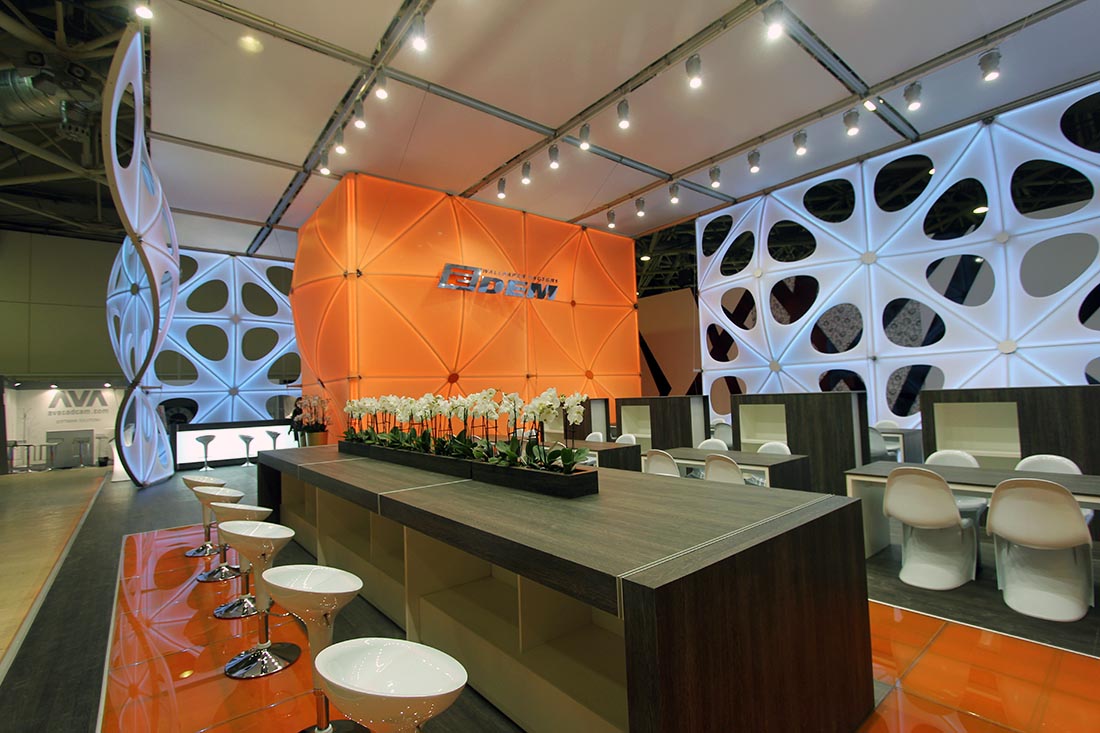 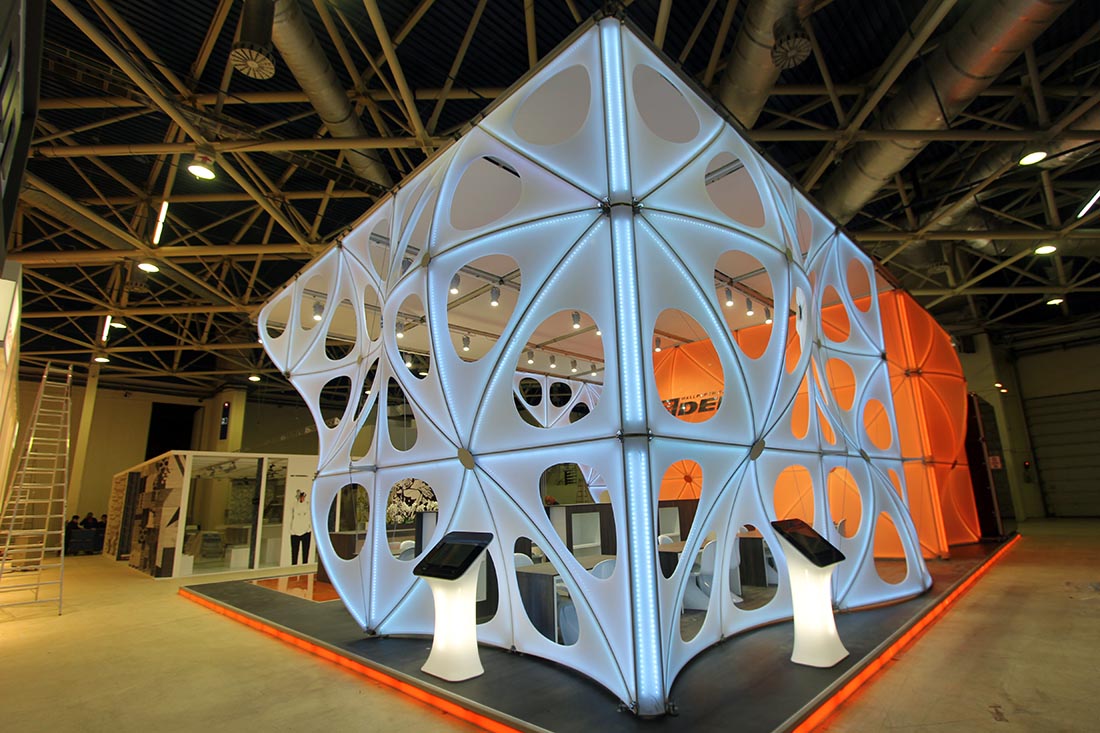 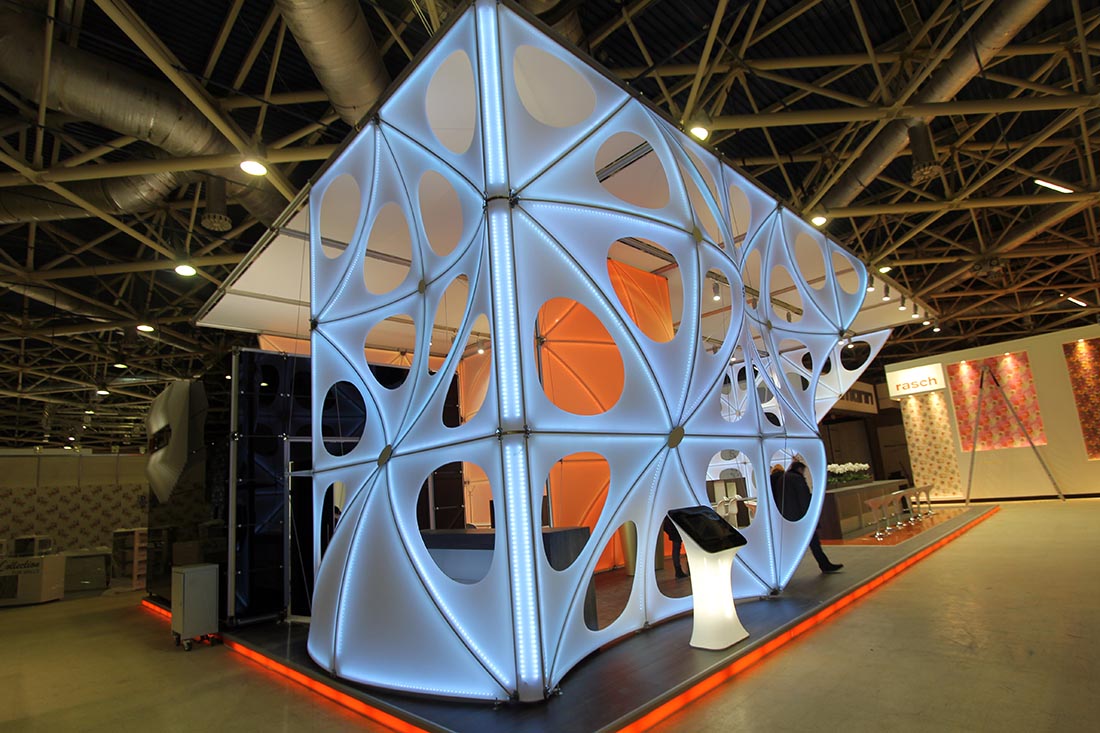 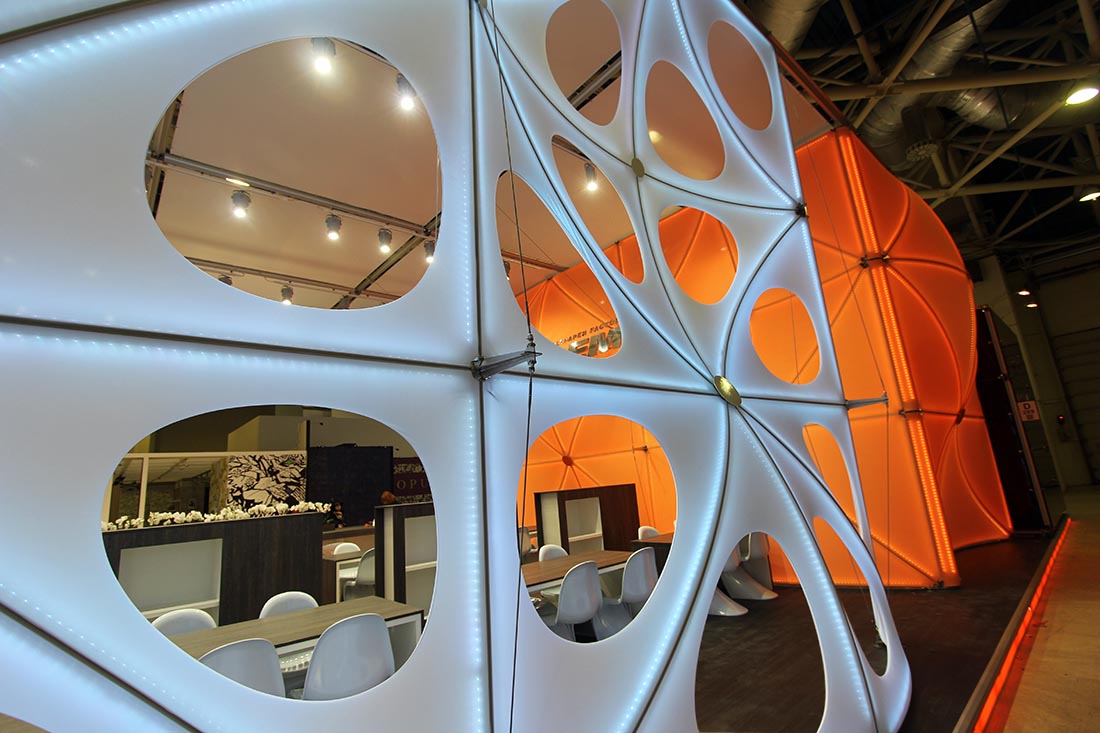 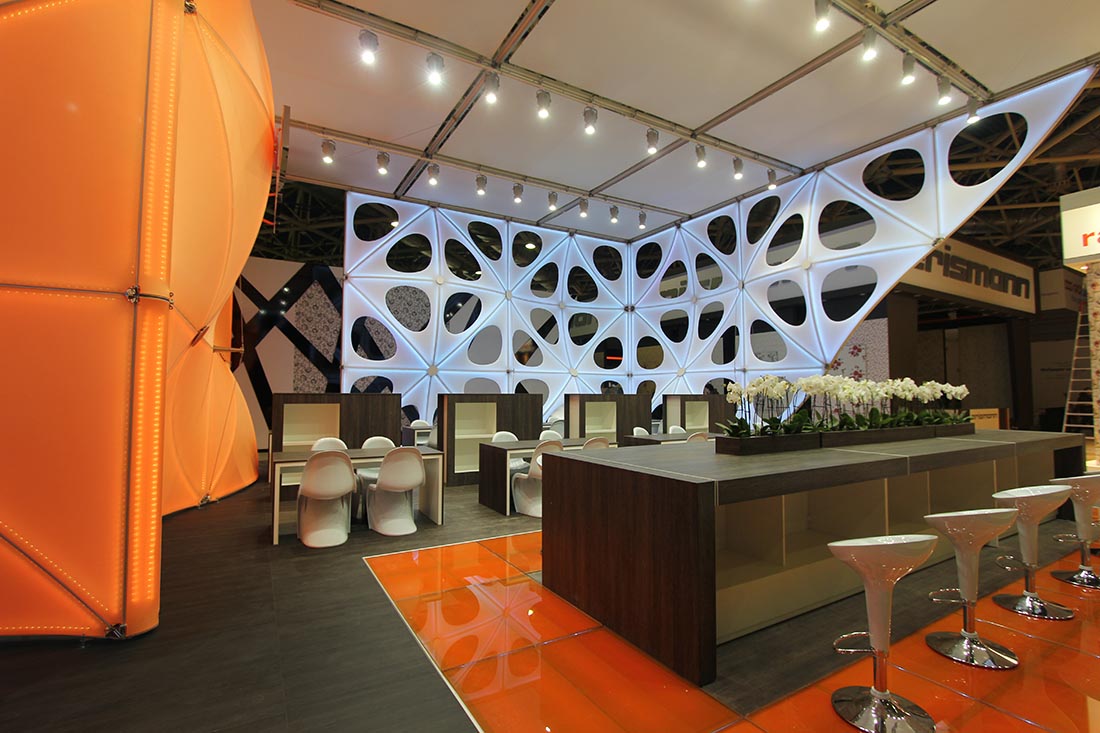 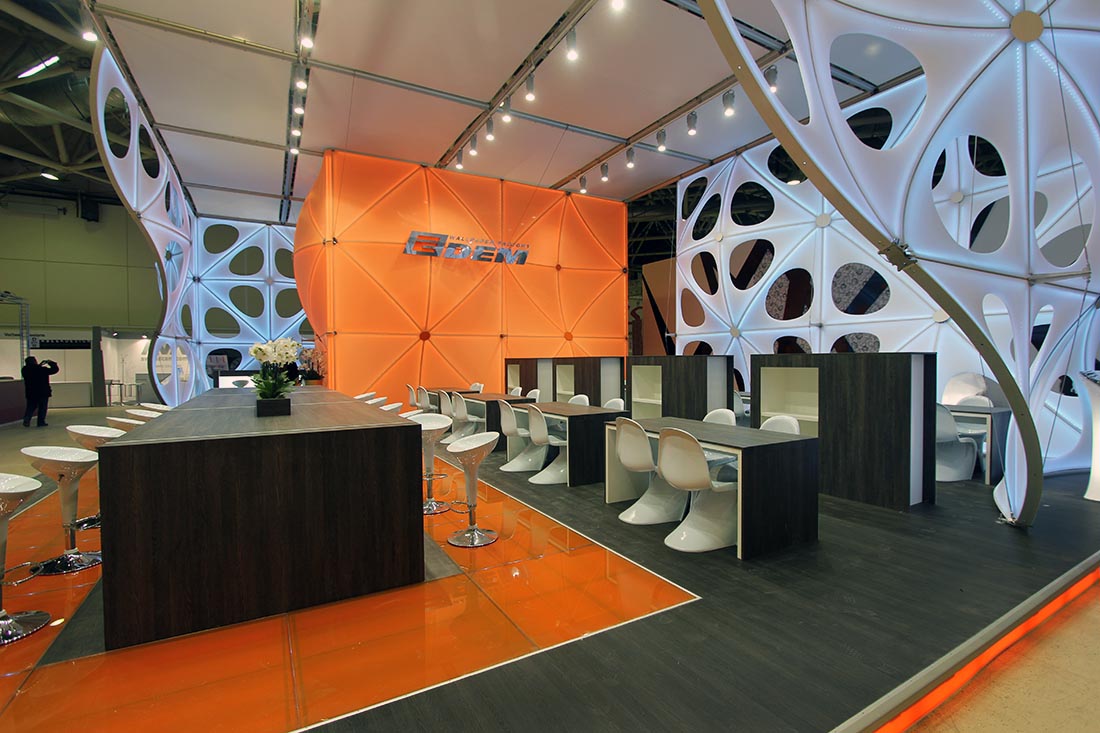 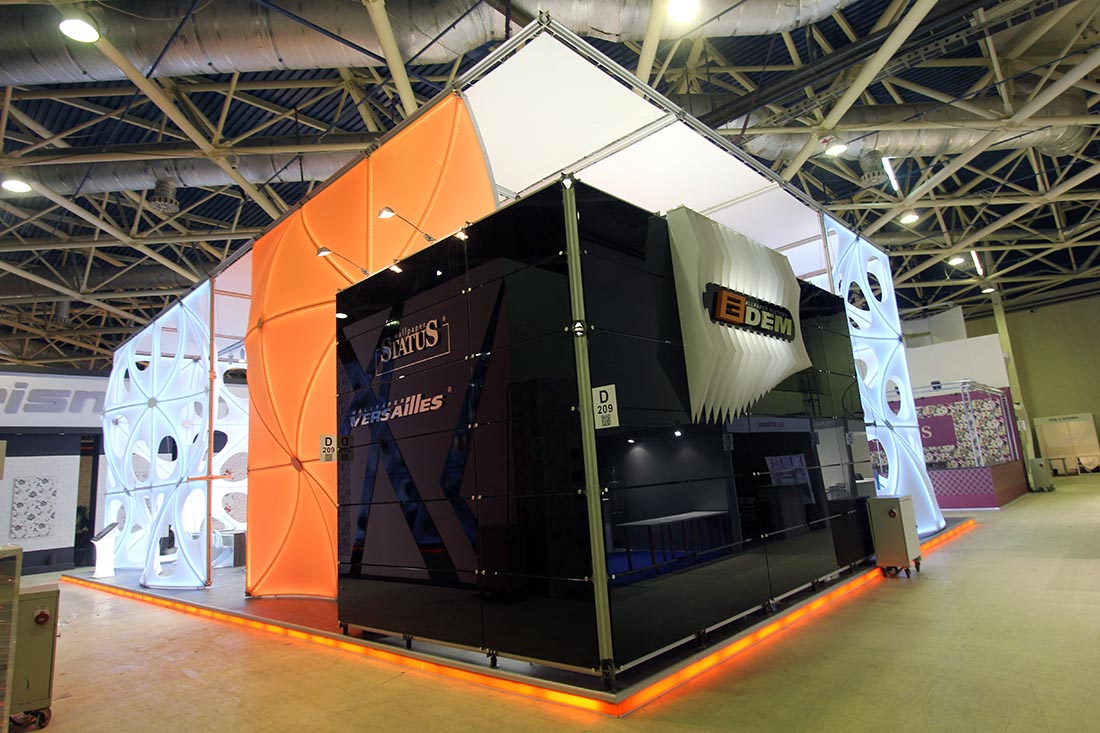 When it came to building a stand for its appearance at MOSBUILD 2015 in Moscow, Ukrainian wallpaper factory EDEM once again turned to STUDIO DEGA.

EDEM always sets high standards for the design and construction quality of its trade fair stands, and it was with these expectations in mind that the INFINITYCONST modular exhibition system was chosen to act as the centrepiece of the 216 m² stand. Taking their lead from the elegant forms of the natural world, the designers used white and orange textile panels to build an open, multi-layered structure with built-in lighting that was reminiscent of a butterfly or a coral reef. The curved INFINITYCONST walls were suspended from the ceiling system to create comfortable, open meeting areas, while the technical spaces and private meeting rooms were housed in sleek glass cubes. The stand piqued the interest of many a visitor, demonstrating a magnetic effect on the exhibition crowd. And its effect also continued to resonate after the event, as it received Exhibitor magazine’s “Portable Modular Award” in 2016.