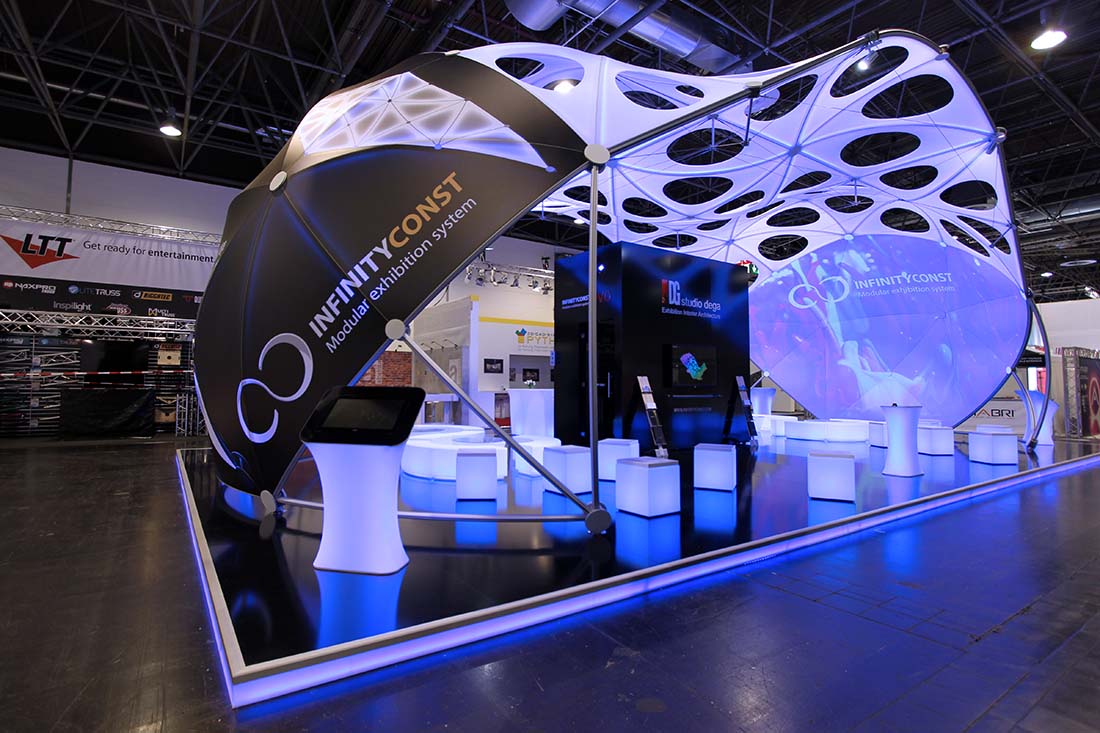 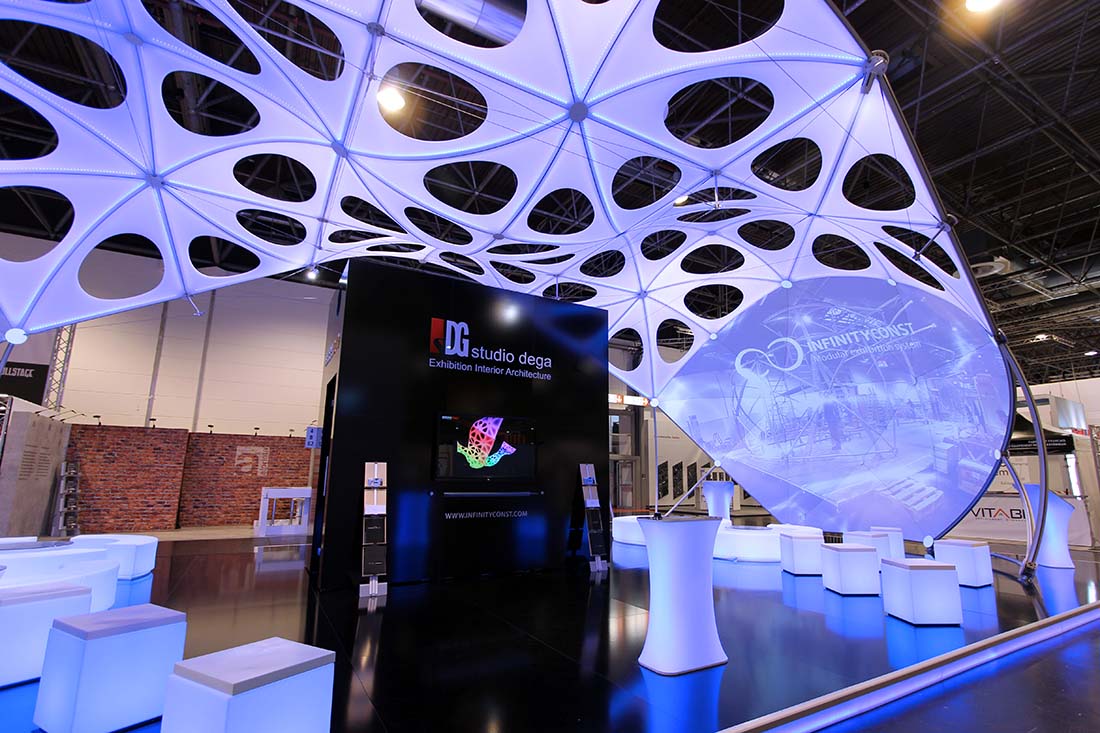 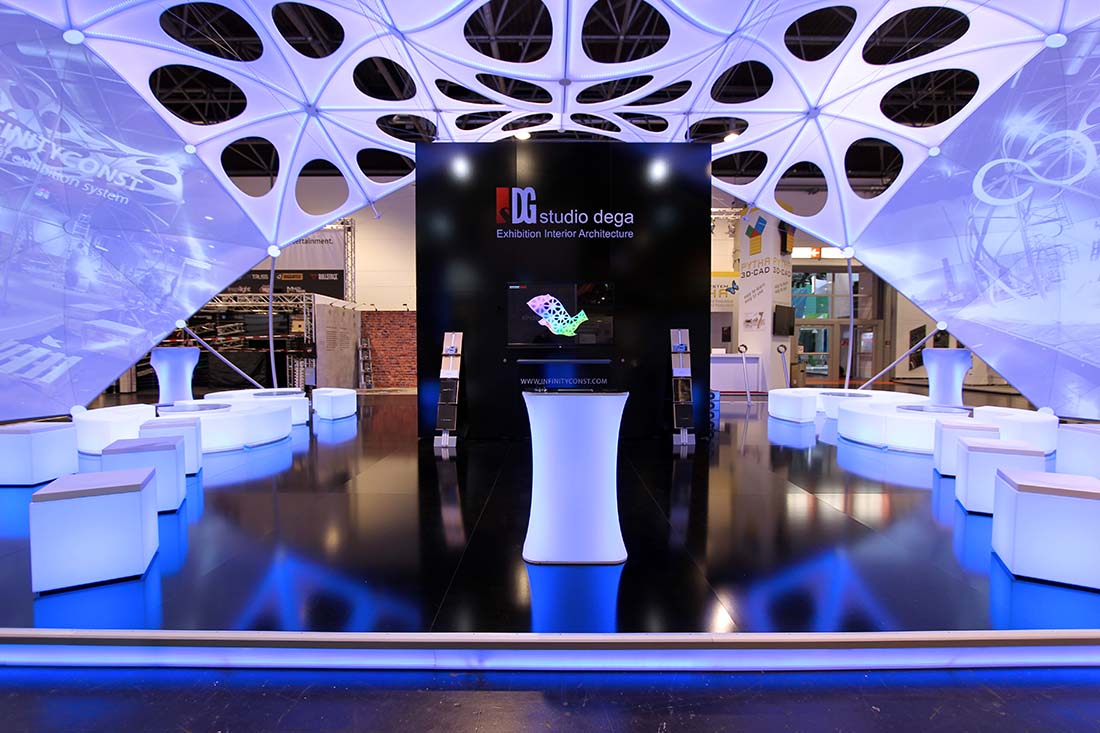 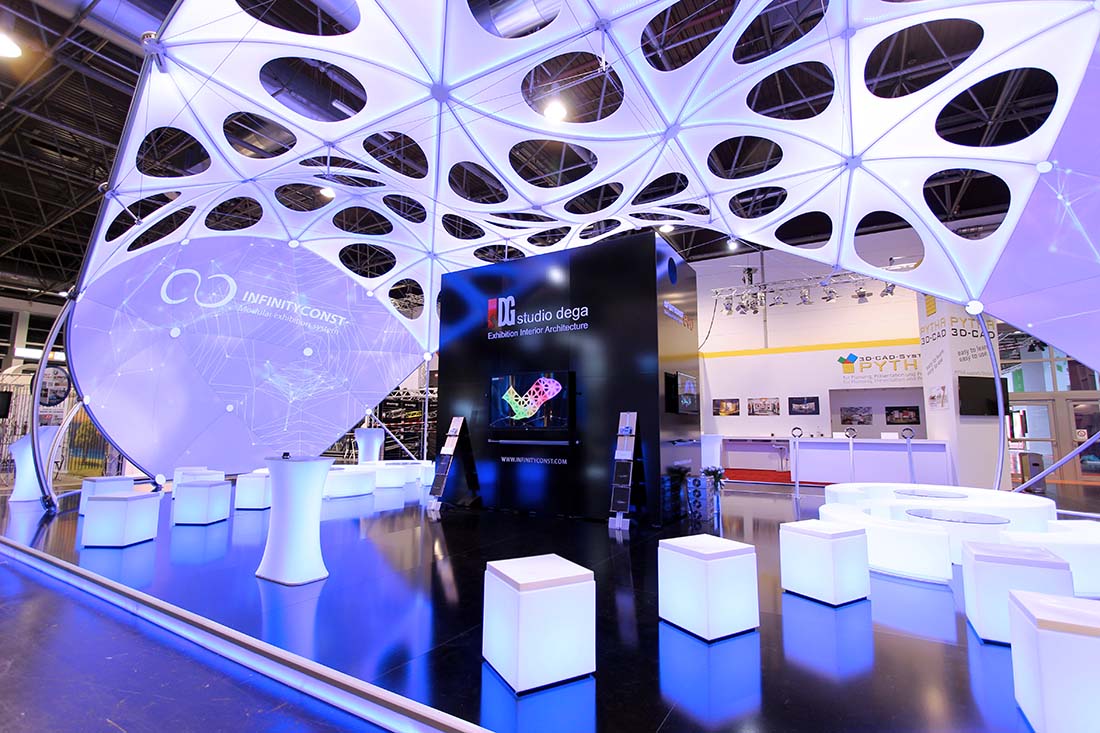 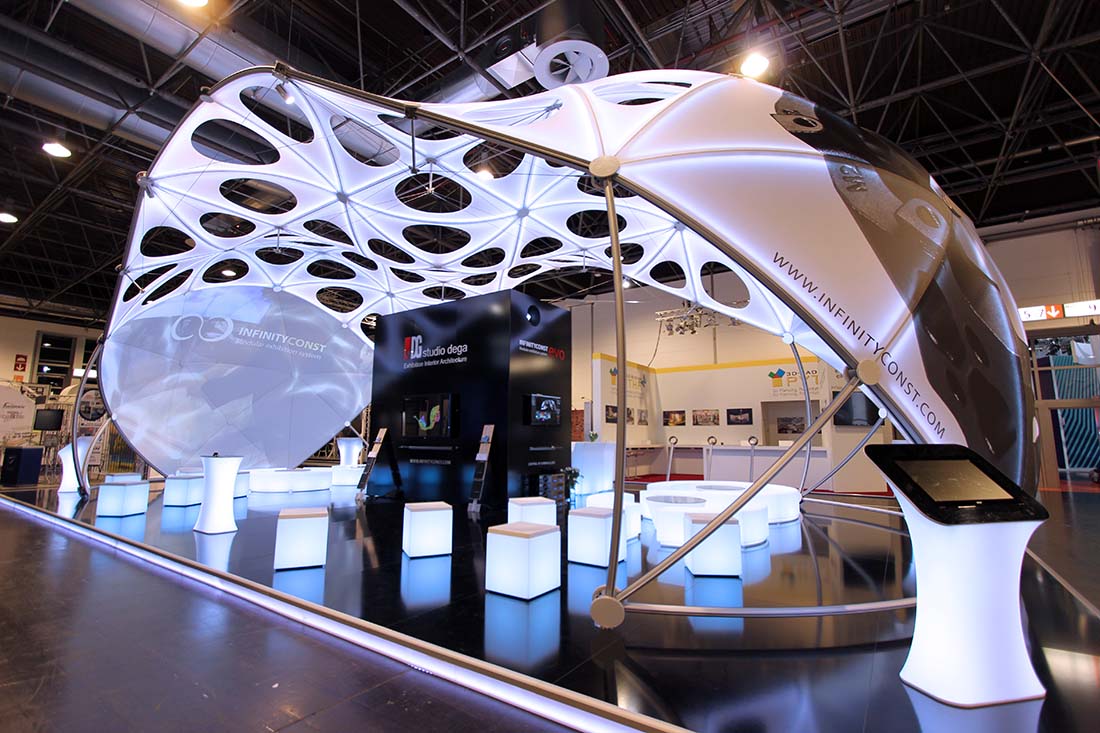 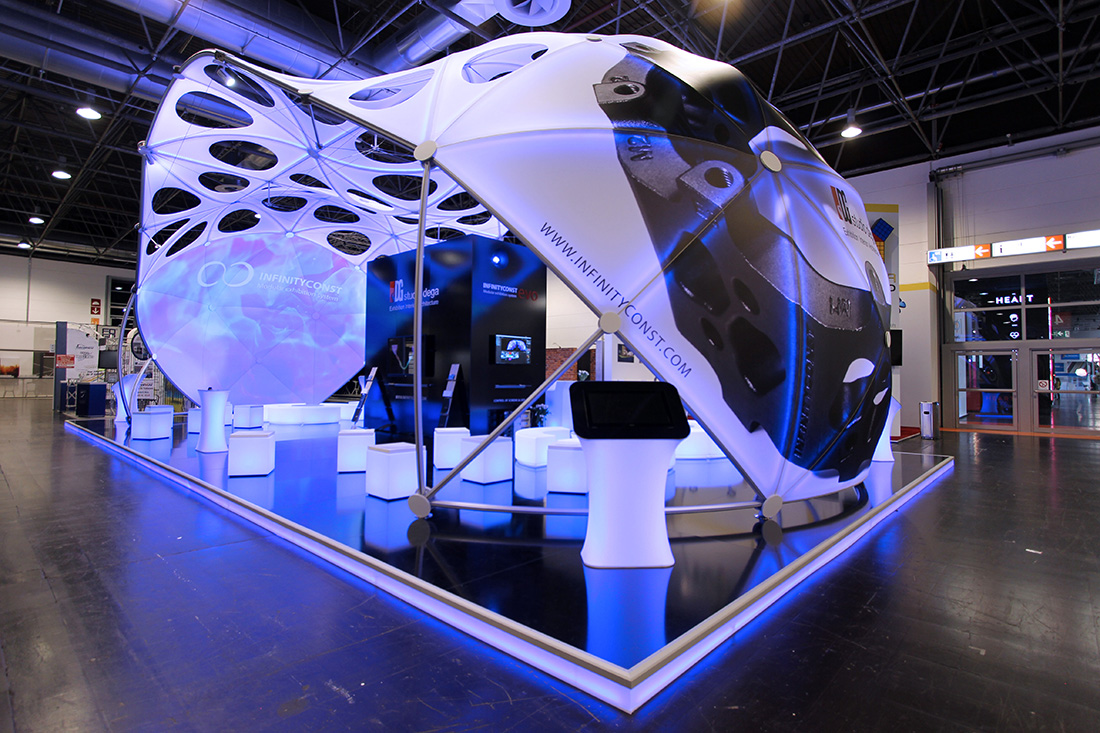 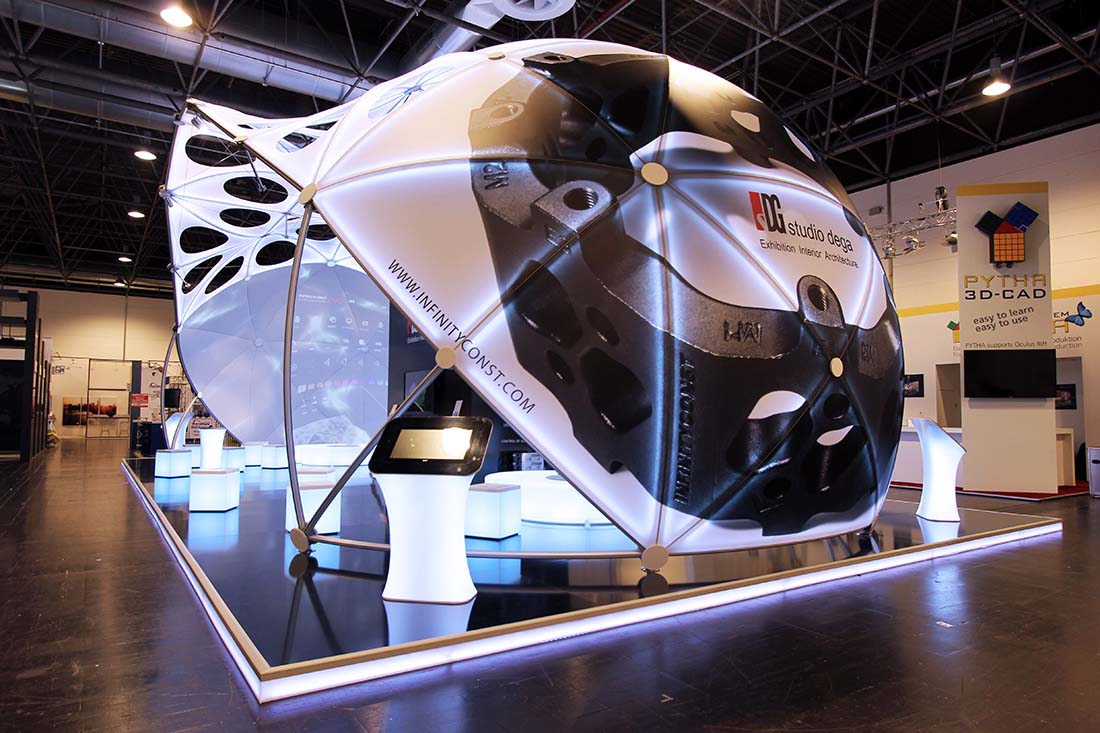 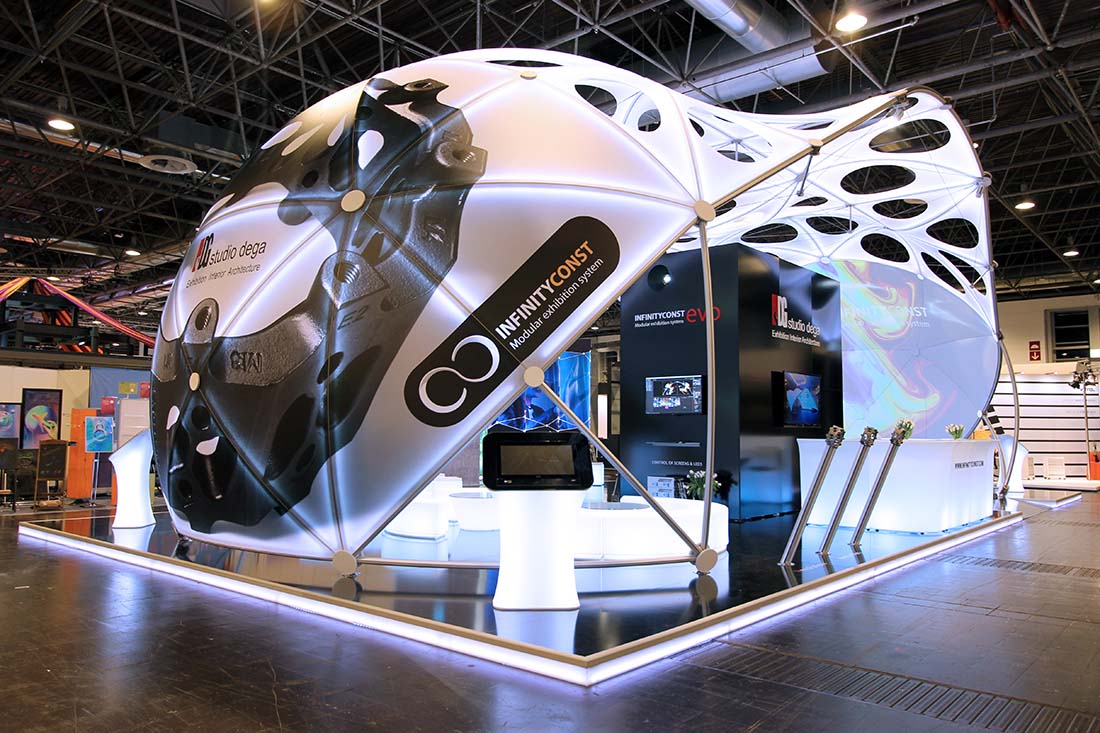 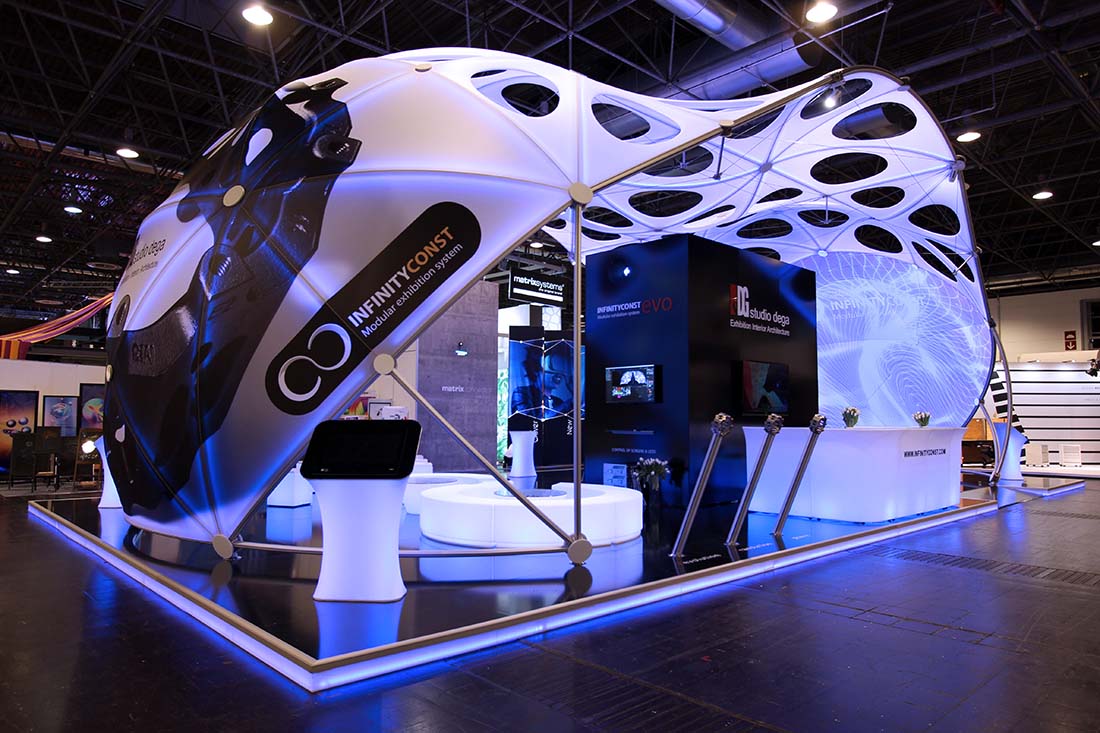 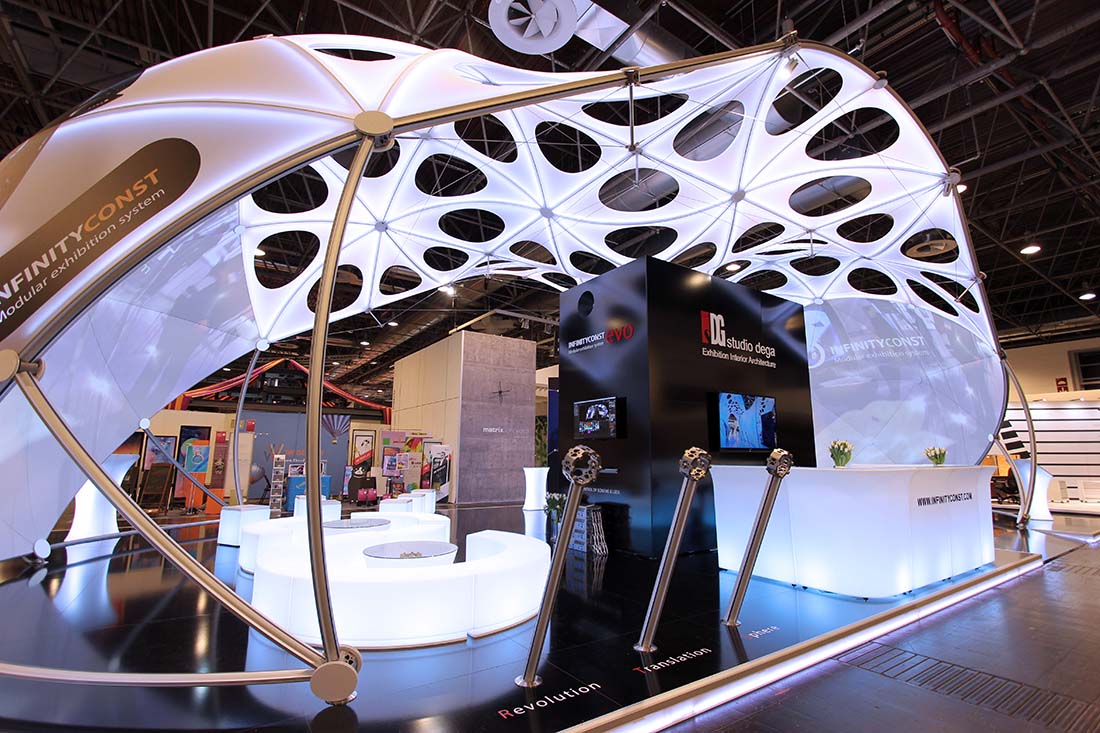 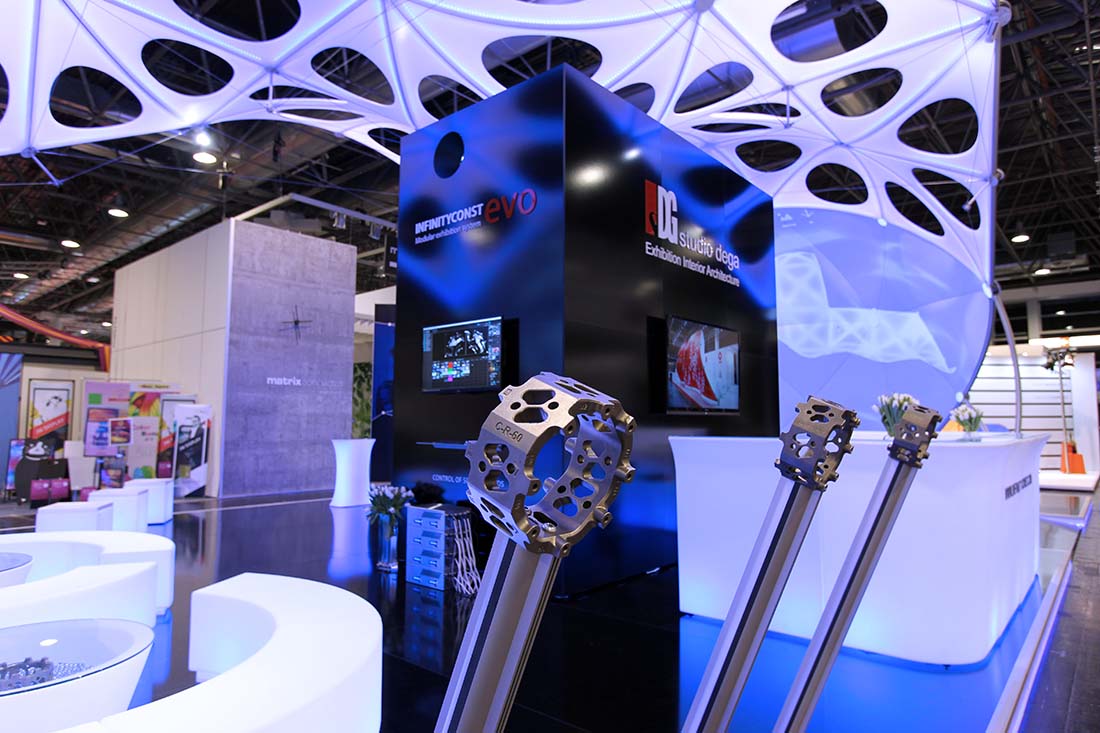 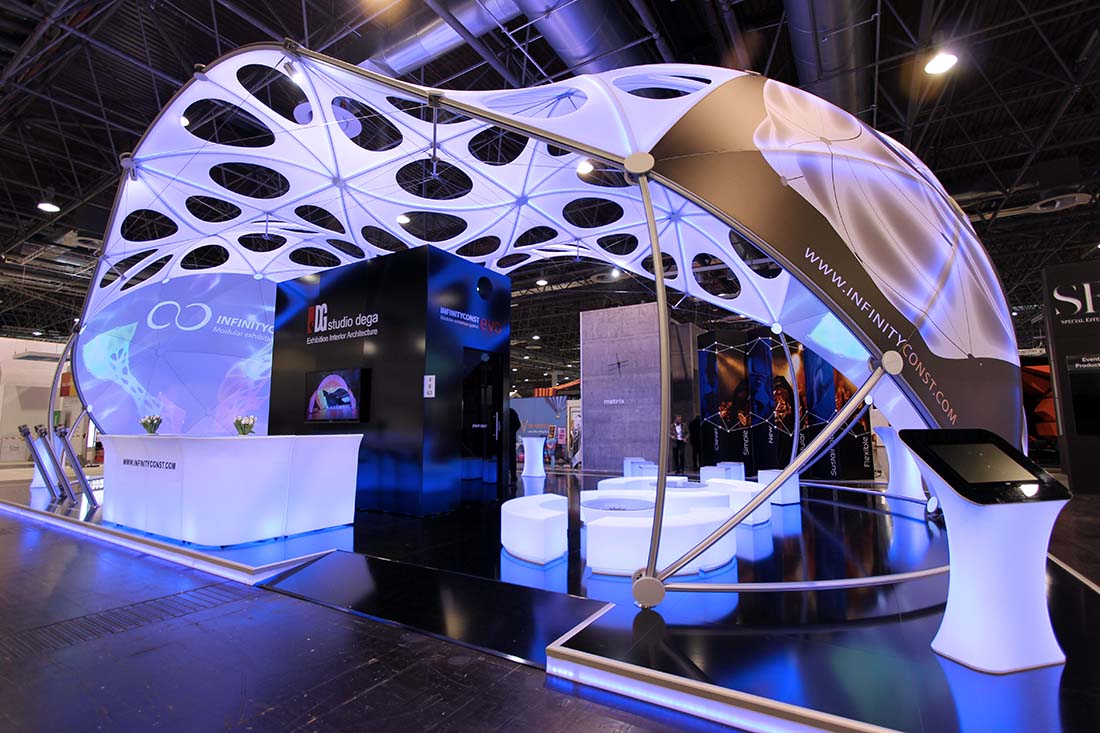 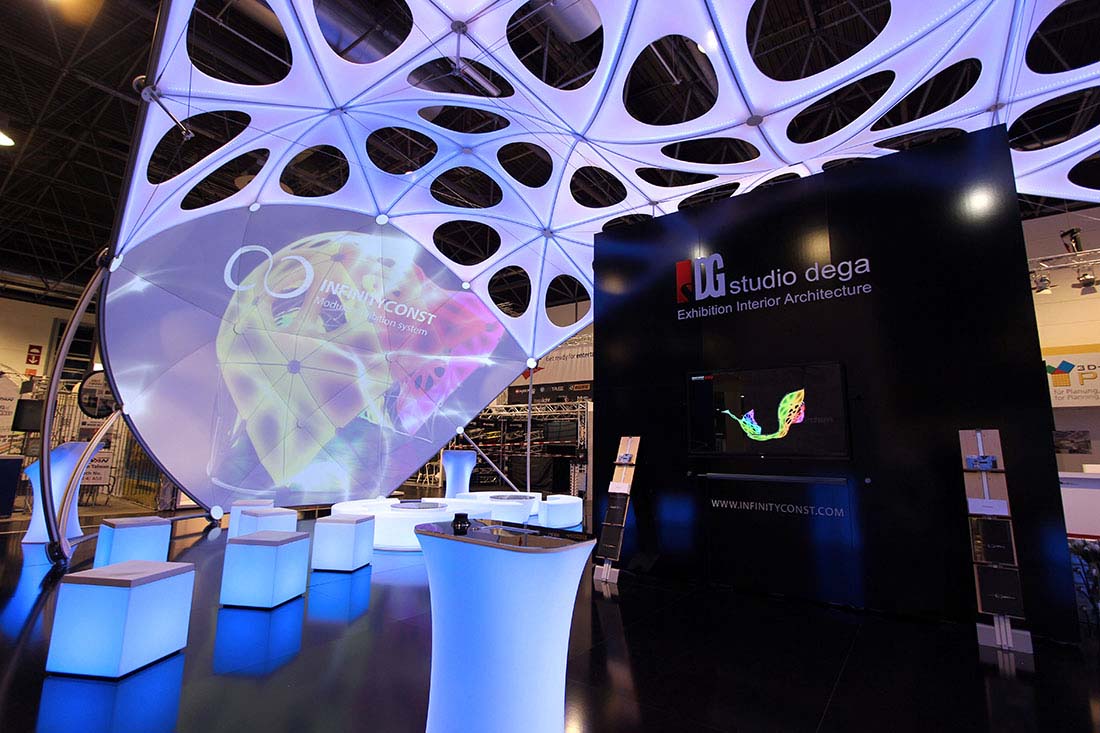 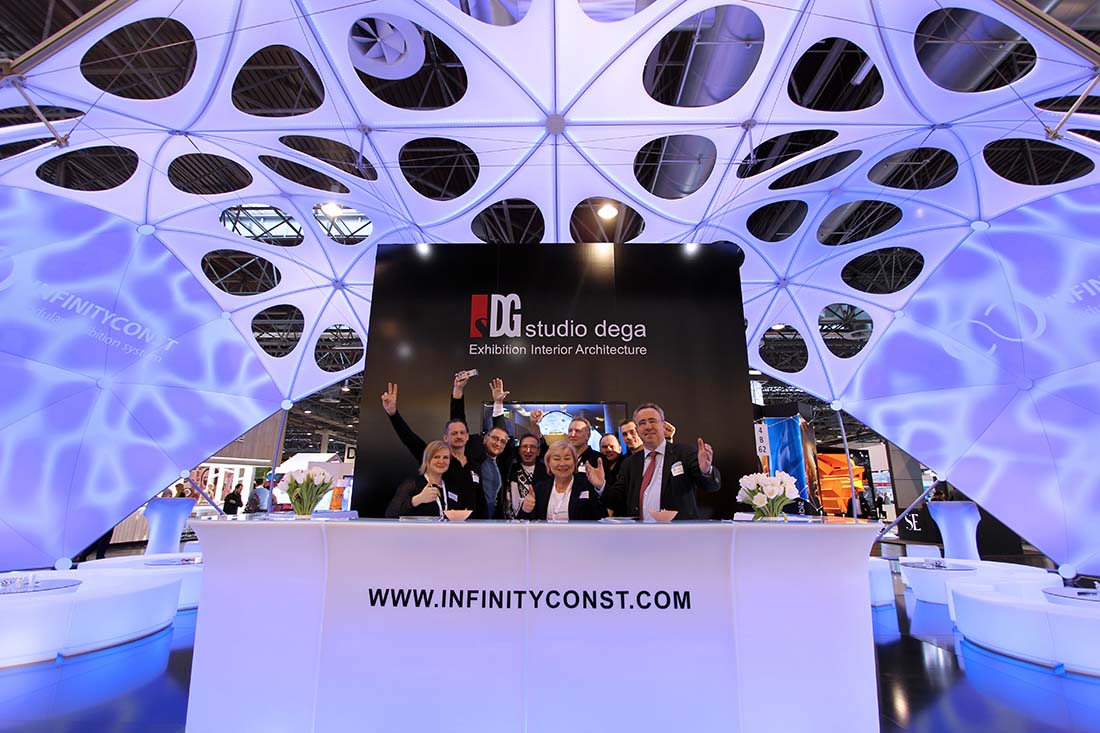 At EuroShop 2020 – the company’s fourth appearance at the show – Studio Dega once again demonstrated the wealth of options its modular exhibition system INFINITYCONST has to offer the world of modern trade fair architecture, this time with a booth covering an area of 150 m².

With its sweeping structures and a unique shape vocabulary filled with dynamic arches and curves, INFINITYCONST wowed visitors with a design that also incorporated illuminated forms and moving 3D mapping images. To top it all off, the black cube that formed the centrepiece of the booth gave passers-by a taste of the visual tension that can be created by combining angular and biomorphic shapes.

Visitors to the INFINITYCONST exhibition booth were able to see for themselves how every aspect of the content could be controlled centrally using an interactive remote control – and were even given the opportunity to try it for themselves, experiencing the breath-taking effect of the 3D mapping on curved projection screens, changing the illuminated colours of the structure and furniture with a wave of their hand, choosing which projections to show, and directing the scene however they saw fit.  Large-format digital prints on the curved outer façades of the structure demonstrated even more ways in which the biomorphic forms can be used.

The project was rewarded with an EXHIBITOR Award for the remarkable design. This success inspires us to continue on the path we have chosen! Many thanks to all who were with us and visited our stand!